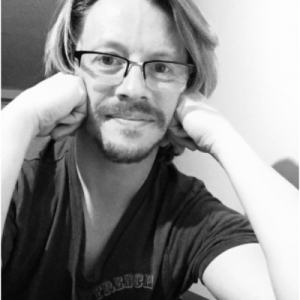 Peter Michael Davison is a composer, orchestrator, and conductor whose ear for carefully constructed, intricate score has led him over recent years into the colourful world of animated film.

Away from the world of animation, Peter composed the score for Emu Runner (TIFF official selection, Australian Academy Nominated) and award-winning short Dinner with Mum, and additional music for football documentary Everton: Howard’s Way and Mike Brook’s critically acclaimed rockumentary Something Quite Peculiar. As a composer for leading Australian music production company Beatbox Music, Peter has written for TV productions such as The Voice, The Bachelor/ The Bachelorette, Holding Back The Years, I’m a Celebrity…Get Me Out Of Here!.

Away from the screen, not only has Peter written for mainstream recording artists including British singer Judie Tzuke, folk legends The Oyster Band, and jazz singer Claire Martin OBE, but he is also a concert composer in his own right, currently working on a violin concerto and solo pieces for instruments of the orchestra.