Eos Counsell (Violin) and Gay-Yee Westerhoff (Cello) are founding members of the first electric all-female string quartet, Bond and have been writing, arranging, and performing together for over 20 years, combining the discipline of their classical training with the fun and flamboyance of the pop world. 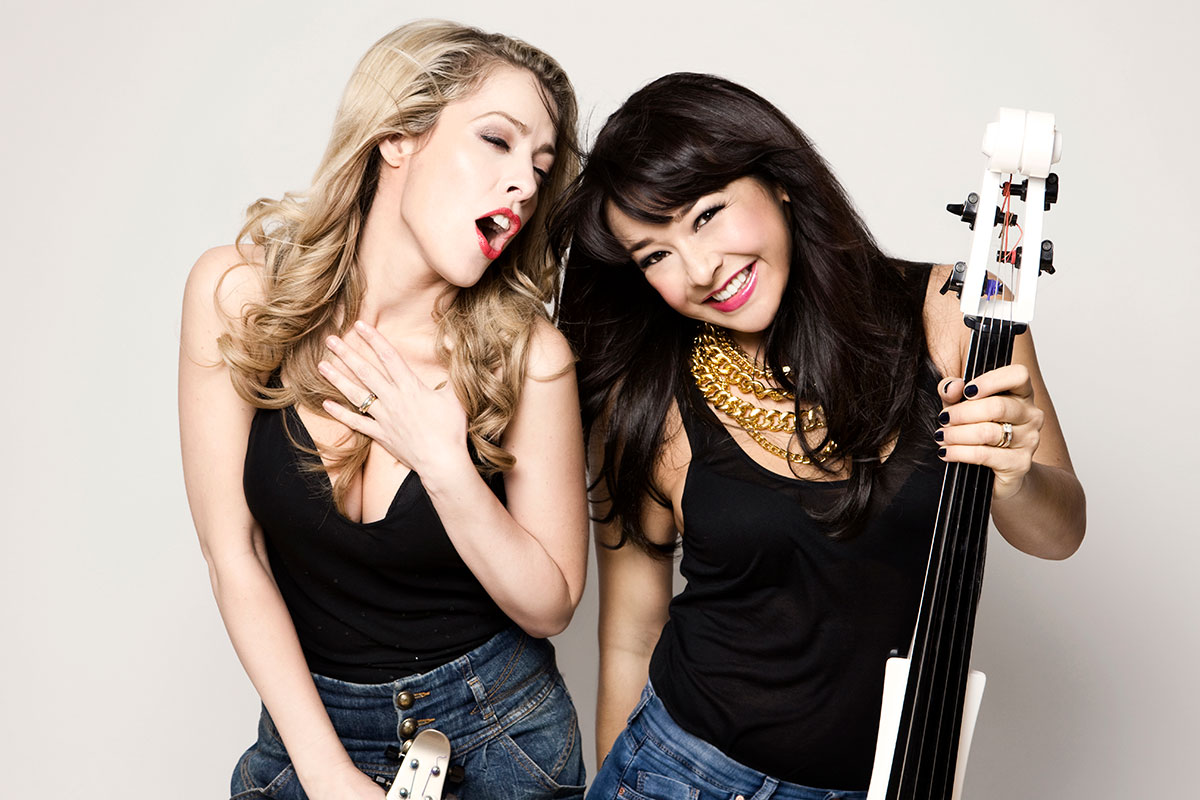 Their self-composed, along with the other members of Bond, single ‘Come Home’ achieved an iTunes Classical Chart Number One in June 2020. Their music has been used in the Amazon Prime smash Good Omens, the feature Johnny English, they co-wrote and arranged their version of Vivaldi’s Four Seasons which was featured in a Peugeot campaign. Their genre-defying style has seen them perform alongside the likes of Luciano Pavarotti and Nigel Kennedy as well as appearing at the MTV awards in Asia and the USA.

Eos and Gay-Yee are from Cardiff and Hull respectively and met while playing on recording sessions in London having studied at the Royal College of London and Trinity College of Music. Their paths crossed frequently before they decided to work together more directly which led to them founding Bond.  With the band, Eos and Gay-Yee have toured the world, selling out London’s Royal Albert Hall and the Sydney Opera House amongst others.

Bond are the best-selling string quartet in history having achieved 15 gold and 56 platinum discs, with sales of over 4 million albums.

Eos and Gay-Yee signed to SMA Talent to help them to develop their media composing work.  Bond has separate representation.