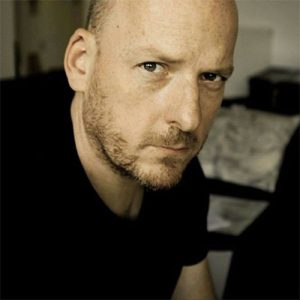 Glasgow based score composer, songwriter, producer and musician Kenny Inglis got his big break in the U.S. scoring episodes of the original primetime CBS series CSI, then going on to work on the rest of the franchise CSI: NY, and CSI: Miami. This led to him securing his first series of major UK commissions, including three for BBC Scotland, The Bridge – Fifty Years Across The Forth, Superhospital and First Oil Rush as well as Ian Rankin’s Channel 4 series Murder Island.

In his early twenties Kenny started writing and producing music under a variety of artist pseudonyms. By 1999 a cassette demo of his alternative electronic project Spylab attracted the attention of three record labels – !K7 in Berlin, the UK’s Flying Rhino, and Guidance Recordings from Chicago. Opting to sign with Guidance Recordings for an album deal, his debut record was released in 2001, showcasing Kenny’s unique sound.

The title track This Utopia grabbed the attention of BBC Radio One’s Mary Anne Hobbs, who would feature it for 8 weeks straight on her cult show ‘The Breezeblock’. The US press reviews and public response to the album was so outstanding that a live tour was booked, taking Spylab from Los Angeles to a sell out finale at SXSW in Austin, Texas.

Spylab would go on to catch the ear of Thomas Golubić and Gary Calamar, who licensed the track Celluloid Hypnotic for use in two episodes of the hit HBO show Six Feet Under. His next album project Cinephile led CBS have him working with the CSI teams for the next 10 years, whist he continued to write, release albums, and perform live.

Kenny’s profile continued to grow when Comatose from the Cinephile album was chosen for the trailer for the Samuel L. Jackson movie Lakeview Terrace. Further trailers followed with bespoke compositions for Warner Bros’ Gangster Squad,  Colin Farrell’s Dead Man Down and Trésor Films’  Polisse.  He also scored tv commercials  Nike, Audi and American Airlines. At this point, he made the decision to concentrate on further developing his score work for film and tv.

When time permits, Kenny still writes and produces his own artist projects. His latest album Everything Wrong As Right was released on July 8th 2022 under his Imperfect Stranger pseudonym.

Kenny is a keen photographer and enjoys a number of active outdoor pursuits including cycling and wild swimming. He spends much of his free time enjoying the Highlands of Scotland in his camper van, accompanied by his trusty and but somewhat destructive puppy, Ziggy.