The film details the religious leader’s daring escape from the Chinese invasion of Tibet in 1959 and is told on film for the first time in his own words with the late Har Mander Singh, the Indian political officer who led him safely to India. It includes rare archival photographs and film as well as the secret letters written between the Dalai Lama, India’s PM Nehru and British PM Macmillan at the time of the escape.

With an original score by Anouska Shankar and inspired by the book An Officer and His Holiness by Rani Singh, the film is produced and directed by Jean-Paul Mertinez. 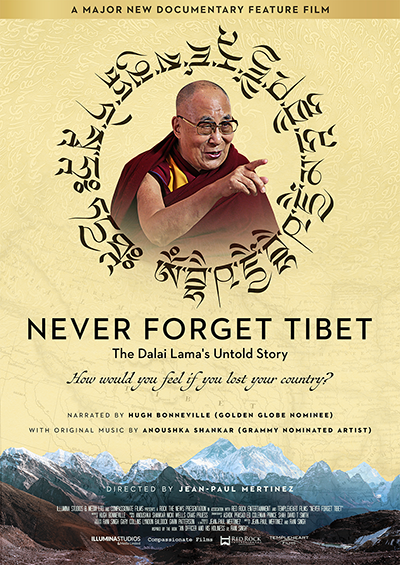