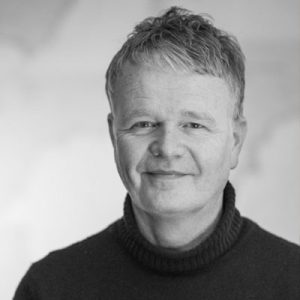 Simply Red founding member, hit songwriter and record producer Tim Kellett, whose songs have featured in many films and tv shows, is now concentrating on scoring for film and tv and has several projects in various stages of development.  He is the recipient of an Ivor Novello Award and two BRIT Nominations.

His latest song-writing collaboration is on FKA Twigs’ album, ‘Caprisongs’ with the track ‘Darjeeling’, featuring Jorja Smith and Unknown T. Between them they have millions of social media followers.

One of Tim’s songs, ‘Miracle’, featured in the film Sliding Doors, and ‘Miles Ahead’ featured in the Morgan Freeman film High Crimes. ‘You’re Not Alone’ was in the BBC’s Playing the Field and also chosen for the recent Lloyds Bank TV Campaign.

Tim studied piano, trumpet and composition at the Royal Northern College of Music and while a student was invited by Factory Records’ Tony Wilson to join his post-punk band The Durutti Collumn playing trumpet. He left a year later to co-found Simply Red with Mick Hucknell. Tim played brass, piano and featured backing vocals and together they had many hit singles and albums, played all the major venues, and won many international awards.

Tim left the band in 1994 and formed Olive with Robin-Taylor-Firth and they had a UK No. 1 with the self-penned electronica dance anthem on RCA ‘You’re Not Alone’ which won him the Ivor Novello Award and two Brit Nominations. Madonna signed the band to her Maverick Records label in LA and featured Tim’s song ‘Love Affair’ in her film The Next Best Thing, co-starring Rupert Everett.