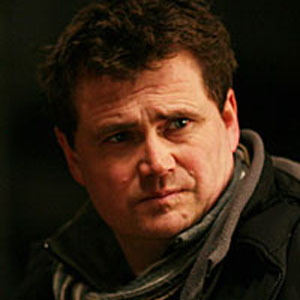 John Langridge’s acclaimed debut short, ‘Walking Shadows’, premiered at the Cannes Film Festival  and was subsequently selected for the Portbello Film Festival, “the biggest celebration of independent film in Europe”. John was writer, director and producer for Big H Films. He later wrote, directed and edited ‘Away’, a drama short for Twenty Three Pictures.

He made his feature debut in 2011 with the darkly comic ‘Four’, starring Martin Compston, Craig Conway, Sean Pertwee and Keirston Wareing. John also edited the film and the producer was Raiomond Mirza for Oh My Productions. The film received solid reviews and was distributed in the UK by High Flyers and internationally by WTF Films.

In 2015, John formed the production company Drop Dead Films with partner Emily Wells which has produced two short films, the award winning ‘Feminine Incite’ which was released in October 2016 and ‘Burned’ which hit the festival circuit in early 2019.

In October 2017 the company embarked on its debut feature film, ‘13 Graves’ a psychological horror written, co-produced and directed by John, which is being distributed in the UK and represented internationally by Evolutionary films and due for release early in 2019. His next project, the Hi-tech thriller ‘Autonomous’, which will again be written, co-produced and directed by John, is currently in development at Drop Dead Films with a slated start date of June 2019.

As an accomplished screenwriter John has another screenplay, ‘Kingdom of Rain’, in development with Inchay Productions.

John originally trained as an actor at Rose Bruford College and initially embarked on an acting career before switching to directing following further study at Panico/London Film Academy.