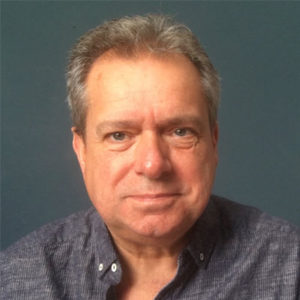 Scots writer Paul Murdoch has adapted his latest book Old Bloke Goes Running into a 6 x 30 mins tv sit-com. The book was published 2019 – the Sun called it “a hilarious read” and it has received excellent reviews across the board. Here’s a link to a piece in The Scotsman https://www.scotsman.com/news/politics/formerly-unfit-scottish-old-bloke-becomes-unlikely-guru-fitness-guide-1409417. The follow up, Old Bloke Goes Swimming, has again received rave reviews https://www.thescottishsun.co.uk/fabulous/8077914/paul-murdoch-running-swimming-pandemic/.

Paul’s 2018 novel ‘Sunny” about sectarianism and racism has been promoted by The Scottish Book Trust and local authorities in Scotland as a centrepiece for discussion workshops in schools, libraries and festivals that address these still damaging social issues. He is currently adapting it as a tv series. A number of charities and newspapers also picked up and promoted the book:

“Sunny is a fast-moving crime thriller for school pupils aimed at tackling Scotland’s sectarianism and racism.” –The Scotsman.

“We’re happy seeing a novel being launched highlighting issues of racism in a way young people can relate to.” – Show Racism the Red Card.

“Sunny will help children understand the very recent history of sectarianism, and will be ideal text for schools” – Nil By Mouth

“New novel Sunny tackles sectarianism and racist abuse in the West of Scotland” – Scotland on Sunday.

He published his first book in 2008 and he has gone on to produce a further seven novels and five picture books which have been used by UNICEF and other charities to teach English and numeracy. His first three novels in fantasy series The Peck Chronicles ‘Talisman’, ‘Citadel’ and ‘Tyrant’, are published by Strident.  He also wrote the children’s eco-thriller ‘Windscape’, which was nominated for the Grampian Children’s Book Award, the follow up ‘The Egg Thief’ was published in 2017. Paul doesn’t just write for children and young adults, he also penned the fast-paced pharma-thriller ‘Eden Seed’ and is now busy writing screenplays and developing other storylines for tv and film.

In 2015 Paul produced and presented a series of cross-cultural video programs for Education Scotland’s GLOW TV featuring several ‘lost tribes’ in Indonesia. He followed that with a series on Scotland’s stone circles and as of 2021,  The Egg Thief and Windscape, book 1 are being adapted into audio for school use during lockdown and future class work, examining renewable energy and conservation ahead of the United Nations COP26 Summit to be held in Glasgow later this year.

He’s done workshops and presentations in schools and libraries in the UK, in Malaysia and throughout Europe to more than 30,000 children in total.

He began performing on stage at the age of eight with a Black and White Minstrels show and since his teens has played live music all over the world. He still writes songs for various bands and producers and is currently working with record producer Gerry Gallacher on various projects including writing songs for ex-AC/DC singer Dave Evans.

He has a BSc Hons degree from Glasgow University and had a successful career in the pharmaceuticals industry before deciding to concentrate on writing. Married with four children he lives with his family overlooking Loch Lomond.