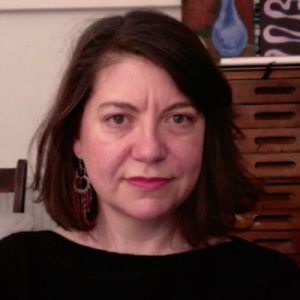 Tara Creme is an experienced composer of media, concert and theatre music who has scored numerous films. She works from her London studio and has enjoyed collaborations on a wide range of award-winning work.

Tara specialises in working with live musicians, but has also composed several sample-based, electronic scores, and often combines the two.

As a concert composer, Tara has written for and had her work performed by large and small ensembles and choirs. Her string trio Green Deva will premiere at St Magnus International Music Festival, performed by the Hebrides Ensemble at St Magnus Cathedral, Orkney, and new violin and piano commission Black Leaf, inspired by the Australian Bush fires, will be performed in Cambridge St Hughes Hall this May with Kamilla Arku and Dhyani Heath with further concerts in Paris and London. In November 2019, internationally renowned pianist Charles Owen premiered her solo piano suite, Approach, for Leicester International Music Festival. In August 2019 she was selected by Wild Plum Arts for a Made at the Red House residency at the Britten-Pears Foundation, to continue work on a large-scale oratorio project based on the life of Joan of Arc.

Her theatre work includes music and sound design for Something Somatic by TheatreScience, and music for People are Messy by Theatre of Debate and King Charles III for Tower Theatre. She has also created several music/visual art collaborative pieces.

Tara’s music has been played on Radio 3 and regularly Mark Kermode’s Scala Radio film music show. She has a new feature documentary in the pipeline, as well as writing her own album of music for prepared piano and electronics.