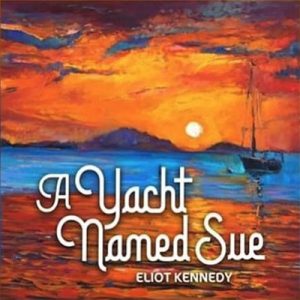 Hit songwriter/record producer Eliot Kennedy steps into the spotlight himself with first album A Yacht Named Sue, inspired by the Yacht rock genre from the mid-1970s and early ‘80s.