Last year Keith directed Mega Film’s The Cost *f Deception, Hungary’s first political crime feature based on real events during the country’s major political scandal in 2006 that led to a change of government 4 years later. He was the first foreigner to direct a Hungarian movie and it was the most successful film there in 2021.

On its release in July 2018, Keith’s feature, The More You Ignore Me, received 4 Star reviews from The Guardian and The Mail on Sunday and this March won Best Comedy at The National Film Awards. Adapted by Jo Brand, from her own novel (based on experiences from her earlier life as a psychiatric nurse) and produced by Debbie Gray of Genesius Pictures, the film stars Sheridan Smith as a mother, suffering long-term psychotic episodes following postnatal depression after her daughter was born. Mark Addy co-stars as her husband and the young rising actress Ella Hunt is the daughter. The film’s effectiveness is summed up perfectly by The Telegraph “… as a close-up portrait of family carers it feels skeweringly accurate” and Metro commented “… provides a sometimes stark, yet comical insight into life within this quirky household, whilst addressing mental health issues and their impact on the family.”

It is currently streaming on Amazon Prime and after a successful run in New Zealand  has been selected as one of the featured films in Australia’s British Film Festival 2020.

Top Dog, the short Keith wrote and directed, won The Kodak Award in Los Angeles and was nominated for The Turner Classic Shorts Award. He was director and producer on the Disney Channel’s hit TV show Bus Life which was Nominated for Best Drama in the Children’s BAFTAS, RTS and Prix Jeunesse and won the Grand Prix in New York.

Through his production company, Velvet Pictures, he’s currently developing a number of projects including Life With Tom, a sci-fi rom-com written by Nathan Cockerill from a story by Ben Ward and Keith, and Mercy Street based on The Enemy by Peter Milligan.

Keith originally trained at the National Youth Theatre in London, both performing and crewing, before winning a place at Bournemouth Film School where he majored in writing and directing. He won a distinction and Best Film of the Year for The Undertakers and was production designer on the BAFTA Nominated short Killing Time.

After graduating he joined the trailer company Scores Ltd whose clients included all the major studios and directors including Stanley Kubrick, Tim Burton, Lindsey Anderson, and Hugh Hudson. He quickly rose through the ranks alongside director Jonathan Glazer, becoming Creative Director. Together with Glazer he wrote two feature scripts including The Metal Forest.  He’s also written and directed more than 400 major international TV commercials – known best for his strong narratives, often combined with humour. 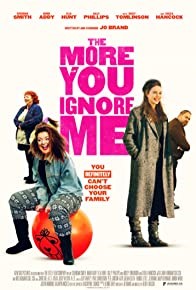 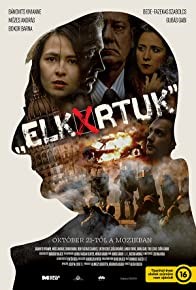