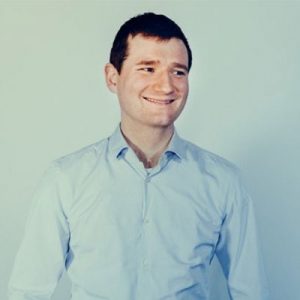 2021 started with a bang for Matt.  Not only has he been working with brother, Ed, but he was invited to do a reversioning of Yusuf/Cat Stevens’s classic Lady D’Arbanville as part of the Teaser and the Tillerman anniversary celebrations.  Subsequently, he has been invited to redo Dua Lupa’s New Rules and Lizzo’s Juice

In 2020 he was nominated for a Grammy, he arranged Francesco Gabbani’s entry for the San Remo Song Festival, which came in second.  He’s rekindled his working relationship with composer Dean Valentine and they’re busy on film projects.

2019 was been largely taken up with expanding his work with BMG, with whom he signed a publishing deal in 2018, hot on the heels of the beautiful orchestral duet with brother Ed Sheeran and Andrea Bocelli, ‘Perfect Symphony‘.   He’s also continued to work with Ed and also a classical symphony which is under wraps.

He wrote a choral version of Blinded By Your Grace for Stormzy and composed a choral piece which was performed at Westminster Abbey.  His arranging projects have included the vocal group VOCES8, award-winning duo Ward Thomas, Andrea Bocelli, KT Tunstall (reversioning her hit “Little Red Thread”), and Mateo Bocelli.

2017 was busy for Matt wearing his arranging hat, working on brother, Ed’s album, and most notably for his orchestral arrangement of ‘I Want a Hippopotamus for Christmas’ was performed by legendary country singer LeAnn Rimes and the Utah Symphony Orchestra.

Matt scored the 2017 feature for Film Suffolk, The Haunted Hotel, and their 2016 feature With Love From Suffolk, as well as the short film Dr Sugarloaf which was shown at the Cannes Film Festival and he’s about to start working on their latest film, scheduled for release in 2019.   Other projects include a series of adverts for Triodos Bank and a film about the conservation of the Brazilian rainforest, narrated by Michael Palin.

Films he has orchestrated include Brothers of the Wind and the Russian epic Viking, as well as the trailer music for The Shape of Water, written by Dean Valentine.  A CD featuring Matt’s Christmas Carol In The Bleak Midwinter was released recently, performed by soprano Christina Johnston and The City of Prague Philharmonic Orchestra.

Matt comes from a musical family and he has a strong interest in music theory and can compose in many historical and contemporary styles and genres.  He enjoys the challenge of fusing music with images and expressing the full range of human emotions.  He is hard-working, driven, thoroughly amiable, and determined to achieve great success in film scoring and orchestration. We believe that he will do just that.

He joined the SMART agency, a division of the renowned SMA Talent, as a young, frighteningly talented composer, proficient and exciting in many musical genres, and has now migrated onto the main SMA Talent roster.

As a child, he was a prolific treble soloist in operas and church services. Classically trained, he has a broad and in-depth knowledge and a wide interest in music from around the world.  He plays violin and viola and studied for a degree in music at the University of Sussex before gaining a Masters in composition from King’s College, London. In 2010 he won the Presteigne Festival Competition for British Composers under 35, as well as the Chairman of the Jury Award at the Shipley Arts Festival.  In 2015 Matt wrote the music for the Audible Original audiobook Carmilla (starring David Tennant and Rose Leslie) which was nominated for an Audie award.

The immediately engaging opening track of KT Tunstall’s 2018 full length offering WAX gets an impressive orchestral makeover with Matthew Sheeran’s Remix, employing The Budapest Scoring Orchestra to accompany KT’s gritty and impassioned vocals. Still delivering the same lyrical punch, this remix is a sparse yet rich re-imagining of one of WAX’s most arresting tracks. KT explains: “It took my breath away when I heard the orchestra playing with just my vocals on top for the first time. There is such a specific feeling when you hear orchestral strings; you are immediately transported, transfixed, and swept up on whatever wave they decide you should ride. The emotion they provide sits so perfectly with the essence of this track, all the while the strings mirroring the little red threads.”

My Lady d’Arbanville by Cat Stevens reversioning by Matt.  Sung by Laura Sheeran