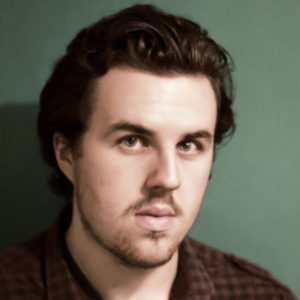 Matthew Chastney is a UK-based composer, producer and sound designer. In addition to original albums and EPs, he has worked on scores and soundtracks for various projects. Recent works include Tin Hearts, a VR video game developed by Rogue Sun, ‘A Tale of Time’. an upcoming mixed-reality animated short by RYOT, the teaser trailer for JOKER, and an upcoming unannounced VR video game for Playstation VR and PC platforms.

A graduate from The Academy of Contemporary Music in Guildford, United Kingdom, Matthew was awarded the “Student/Apprentice Award for Sound Design” at the 2012 Game Audio Network Guild Awards. Matthew also releases music under the alias The Dreamless Sleep, the single Wounded Ocean featuring Britt Warner released in November 2018.

“Just stunning…a name to be listening out for” – Sarah Gosling, BBC Introducing

“The minimal and at times whispered vocals function as an instrument in their own right and provide as much colour and depth as the emotive strings. There’s a feel of Ludovico Einaudi about Tarka, but it paints a much broader canvas both sonically and emotionally.” – AnalogueTrash.com review of the track “Tarka”.