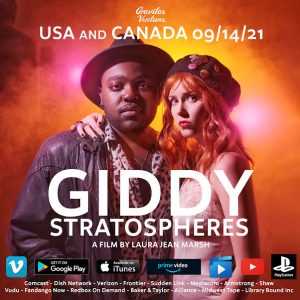 She is currently writing and developing two major new projects; Stutter a 5-part blackly comic horror mini-series set in the heart of a magical, alternative version of the UK’s Britpop explosion of the mid-90’s and  Venom Falls a mockumentary about a missing boy in a picturesque West Country village and the unnerving strange townsfolk brought to life by the film crew.

The indie 00’s indie music scene is a world Laura Jean knows only too well as after moving to London from Somerset as a teenager she became lead singer and songwriter in the iconic indie punk band Screaming Ballerinas and later DJ-ed in all the music hotspots from Glastonbury to Rome and from London to New York and many inbetween.