KEITH ENGLISH IS DIRECTING MEGAFILM’S THE COST *F DECEPTION , HUNGARY’S FIRST POLITICAL CRIME FEATURE BASED ON REAL EVENTS DURING THE MAJOR POLITICAL SCANDAL IN 2006 WHICH LED TO A CHANGE OF GOVERNMENT IN 2010.

The story centres around a young and ambitious female political analyst who discovers that her boss was among a secret group who had deliberately leaked a damaging tape of an outrageous speech by the Prime Minister to ruin his reputation with the people.

She decides she must get the whole truth out but she loses her job after finding herself under suspicion. She then recruits her boyfriend, a journalism intern at MTV, and together they investigate further but after getting caught by her boss, they both become the target of a ruthless group of very powerful people.

While researching the leaked speech they set off a frightening train of events including the siege of MTV’s headquarters, a riot in Liberty Square and appalling police brutality. Then it isn’t only her career on the line anymore.

Written by Balázs Bendi the producers are Gábor Kálomista, and Dorottya Helmeczy for Megafilm Hungary. 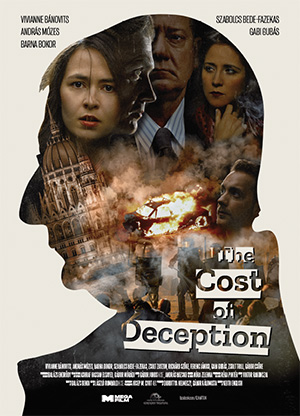